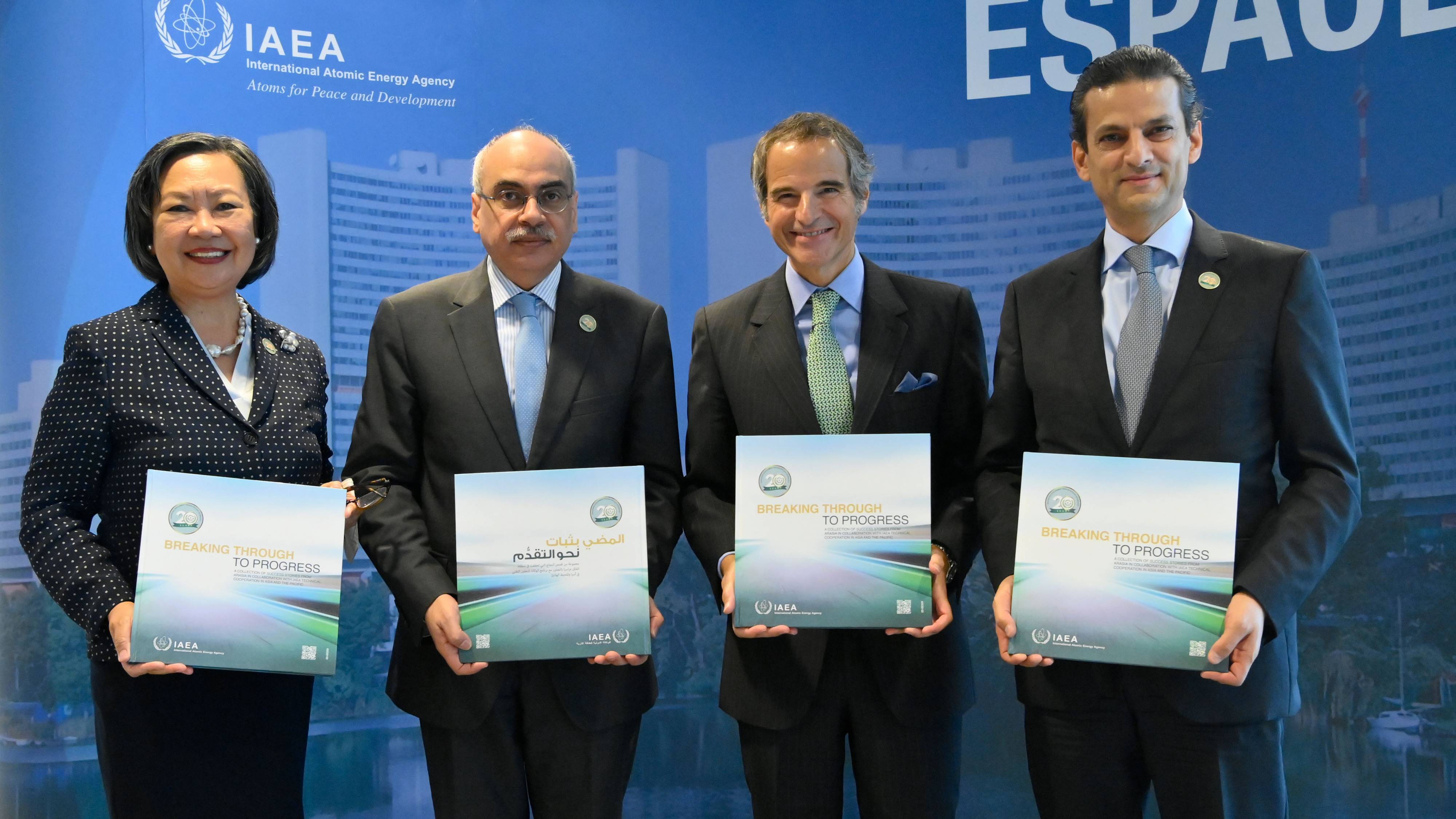 ARASIA celebrated its 20th anniversary with a side event at the margin of IAEA’s 66th General Conference, held in Vienna on 27th of September 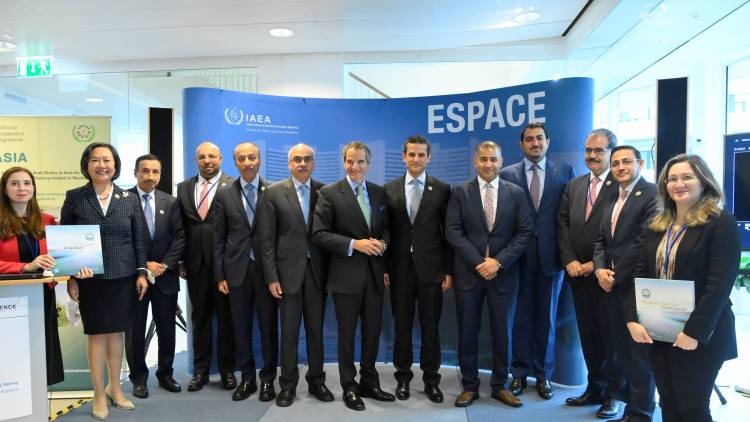 Despite being the youngest of the regional cooperative agreements under the auspices of the IAEA, some 55 regional technical cooperation projects have already been carried out under the Cooperative Agreement for Arab States in Asia for Research, Development and Training related to Nuclear Science and Technology's (ARASIA). Participants at the Board of Representatives' meeting and other events held last week on the margins of the IAEA's annual General Conference celebrated the Agreement's 20th anniversary and took the opportunity to put new initiatives into place for the future of ARASIA.

Bilal Nsouli, Director of the Lebanese Atomic Energy Commission, reflected on ARASIA's achievements during his decade-long tenure as ARASIA Chair. "Several success stories have been achieved - we have learned and taught others how nuclear techniques can be a way to progress and development," he said. Nsouli also announced the establishment of the 'ARASIA Fund' which will serve to supplement the IAEA's Technical Cooperation Fund (TCF) in supporting the ARASIA technical cooperation programme.

Deputy Director General and Head of the Department of Technical Cooperation Hua Liu welcomed the establishment of the Fund. "It will constitute a solid step forward in ARASIA's efforts to mobilize resources for important technical cooperation activities and components which cannot be funded through the TCF," he said, commending ARASIA's State Parties and the ARASIA Chair for their motivation and commitment to ensure continuous concrete progress in the region towards common development goals.

ARASIA has grown quickly since its inception in 2002. Initially comprising three State Parties -  Lebanon, Syria, and Yemen - the Agreement has expanded to include ten State Parties, which host a total of five Regional Resource Centres that serve as hubs for capacity building in nuclear science and technology in the region.

Over the past two decades, ARASIA has achieved success in areas that include food security, human health and environmental monitoring. At the ARASIA 20th Anniversary event, IAEA Director General Rafael Mariano Grossi highlighted a new a new publication in both English and Arabic, 'Breaking through to Progress', which details the Agreement's substantive achievements.

"Milestones such as the development and implementation of operational structures and effective strategic plans, and achievements such as improved cancer care and agricultural practices, are testament to the commitment of the ARASIA State Parties, to address their shared development challenges in collaboration with the IAEA," said Grossi.

Among the achievements, seven ARASIA State Parties now have national plant breeding programmes that incorporate nuclear-derived techniques to ensure food security. New varieties of crops such as wheat and barley have led to an increase in yields in the region. The IAEA has also enhanced regional capabilities to diagnose and treat cancer through the provision of radiotherapy equipment and capacity building activities in the field of human health. Since 2002, there have been 116 human health training courses, 234 fellowships and 72 expert visits all hosted under the umbrella of ARASIA.

The 20th anniversary celebration also featured the relaunch of the ARASIA website, which now presents ARASIA activities in a user-friendly, easy-to-navigate format. The new website will be an important element in ARASIA's efforts to enhance outreach and communication to raise public awareness of ARASIA activities and the benefits of nuclear science and technology. New committees on resource mobilization and communications will support these new outreach efforts and usher ARASIA into its next phase, as it widens and deepens its reach in the region.